Astonishment awaits on a trip to Lake Titicaca

hosaiiin
349
views
Its mystical waters are home to diverse Andean communities and a hot-spot for some of Peru’s largest festivals. Browse our guide below for top attractions, island-hopping know-how, and travel tips. 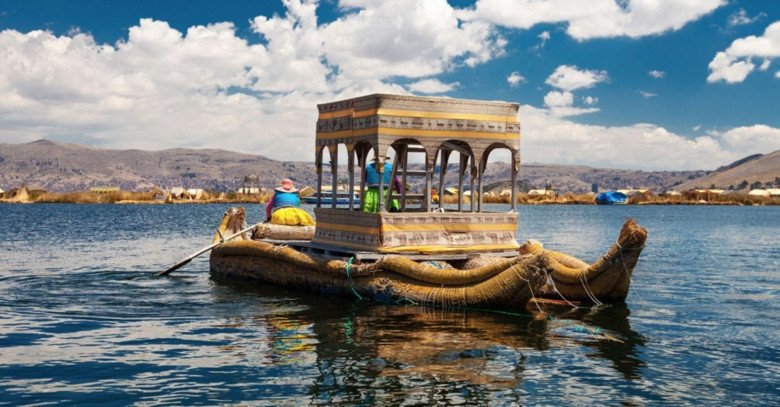 Lake Titicaca Tours From Puno is the world’s highest navigable lake and one of South America’s stunning natural wonders. The deep blue of the water seems to meld with the sky and a ring of snow-tipped peaks creates the remarkable sensation of floating atop the earth’s highest elevations.

It’s possible to visit the lake from its shores in Peru and Bolivia, but many travelers start their exploration from Puno on the Peruvian side of Lake Titicaca. Renowned for its annual celebration, Fiesta de la Virgen de Candelaria, the town of Puno is where you catch a speedboat for an island-hopping experience without equal, including opportunities for cultural exchange with local families.

Amid this lake are the mesmerizing islands of Taquile, Amantani, and Isla del Sol which protect ancient ways of life and pre-Inca ruins. In the case of the Uros, the reed islands are woven by hand and float upon the surface of the lake!

Lake Titicaca resides in the high plain Altiplano region with a semi-arid climate. Daytime temperatures average between 60ºF to 65ºF (15ºC to 18ºC) throughout the year. At such a high elevation, night temperatures drop in the region, so pack a jacket to keep warm. Snowfall is very unlikely.

The dry season is from April to November. Weather conditions are usually sunny and pleasant. On a clear day the sun’s rays are strong - especially reflecting off the lake surface – and sun protection is a must. In June and July, nighttime temperatures hover around freezing.

The rainy season is from December to March. On days with rainfall, clouds usually build through the morning to bring afternoon showers and thunderstorms. January and February see the heaviest rainfall.

The peak travel season is during June, July, and August. These months are at the heart of the region’s dry season and what many consider the best time to visit Lake Titicaca.

The shoulder season falls between the rainy season and peak dry season; April to May and September to November. The weather during these months is pleasant and there are fewer tourists. April and May fall after the tail end of the rainy season and are particularly beautiful months to visit Puno because the surrounding landscapes are green and flowers are in bloom.

Lake Titicaca covers southern Peru and much of western Bolivia. Few trees survive at such a high altitude, so grass and shrubs dominate this wind-sheared landscape.

Long before an imaginary line was drawn through Lake Titicaca, establishing its Peruvian and Bolivian halves, the ancient cultures of Pukara, Tiahuanaco, Colla, Lupaca, and Inca lived along its shores. Sometimes they coexisted peacefully, while other gaps in history are marked by periods of conflict.

Lake Titicaca was sacred to the Inca. According to legend, Viracocha, the Inca god of creation, emerged from the depths of Lake Titicaca and created the sun, the moon, the stars, and mankind. This marked the birth of the Inca Empire and its great expansion across the Andes and beyond.

The Spanish conquest of the Inca Empire transpired from 1531 to 1533. Francisco Pizarro and his troops led the fight to dismantle the Inca rule in Cusco. Shortly thereafter they arrived in Lake Titicaca on a mission to colonize southern Peru. Interest in the region was also fueled by gold and silver, which led to violent conflicts during the mid-1600s over power over the mines.

Puno city was established in 1668 as the capital of Puno Province of southern Peru. The Catholic influence brought by Spanish colonialism is echoed in the grand churches that still line the streets of Puno and the colorful mixture of Christian beliefs paired with native Aymara and Quechua dances from the region. Today, Puno is celebrated as the folklore capital of Peru and its past and present are largely influenced by its alluring neighbor, Lake Titicaca.

There’s no denying that the cultural makeup of Lake Titicaca is a layered one, and uncovering the differences and similarities between the island communities is part of the fun. Listen closely during your tour to different islands and you’ll likely hear two foreign languages that aren’t Spanish: Quechua and Aymara.

Centuries ago, the Uros people abandoned their homes on the mainland to establish a way of life on floating islands amid the waters of Lake Titicaca. Today resident families welcome travelers to their floating homes. The Uros Islands are more touristy than other Lake Titicaca islands, but this doesn’t mean they aren’t worth visiting.

Locals greet you as you take your first steps on the soft and springy island surface. Torta reeds are the main building-block of their homes. During your stay, locals explain the regular upkeep their reed homes require and show you how they weave the reeds together to build their thatched homes, furniture, and canoe-style boats.

Colorful traditional clothing is usually the first cultural aspect that catches your eyes. But did you know the dress style varies from island to island? On Taquile Island, you can tell a man’s marital status, not by a ring on his finger, but the color of the hat on his head!

In 2005, Taquile and its textile art were declared an oral and intangible heritage of humanity by UNESCO. Both men and women take part in this ancient tradition, using hand needles and looms to weave cultural significance - indicated by different designs and colors - into each garment.

Of all the inhabited islands on the Peruvian side of Lake Titicaca, Amantani is often regarded as the most authentic and a place with undeniable beauty. Distance quite literally separates Amantani from mainstream tourism in Lake Titicaca. Travelers who make the voyage discover the island’s remote location is, in fact, a large part of its appeal.

Roughly 4,000 people live on the island in rural communities who, like their pre-Inca Pucara ancestors, raise livestock and farm potatoes, quinoa, beans, and peas. Amazingly, it’s still possible to walk along the island’s cobbled pathways to mountaintop temples of Pachamama and Pachatata without encountering other travelers, just friendly locals.