Types and Uses for CCTV with Thermal Imaging!

SarahAddyson
posted on 4 months ago
68
views
News
The thermal imaging camera is the result of the incredible technological advancement that humanity made in the last decades.

The thermal imaging camera is the result of the incredible technological advancement that humanity made in the last decades. CCTV with thermal imaging can be used in a multitude of applications, but some different models and specifications are adapted for different circumstances and goals. Thermal cameras can be grouped into three distinct categories.

• Cooled thermal. The full name is medium-wave infrared thermal cameras and nicknamed cooled thermal cameras. They are very good for applications that require long-range surveillance in challenging weather conditions. These cameras can capture infrared energy between 3 and 5 micrometers from the medium wave infrared spectrum. You can find multiple lens options up to 80-960 mm. Every type of lens can have different uses. So, you should find out which type of lenses is the best one for your needs.

• Uncooled thermal. The nickname is for long-wave infrared cameras. Most of the time, these cameras are used for mid-range applications. They are preferable for climates where the temperature is cooler than normal. These cameras can capture energy between 8 to 14μm from the long-wave spectrum. The lens can be fixed or zoomable. You can find several fixed lenses to up to 100mm and zoomable ones with a maximum of 40-300mm. They also cost lesser than cooler cameras and are much better in climates like fogs.

• Advanced uncooled thermal. It is a new technology that has the goal to get rid of the gap between cooled and uncooled cameras. They have great sensitivity and incredible contrast levels which makes them perfect for applications in humid climates and environments that have neutral contrasting. It does not need annual servicing which makes its lifetime cost much lower than an equivalent cooled camera. It also has a great zooming ability with a maximum range between 40-300mm.

How Do CCTV with Thermal Imaging Work?

All the CCTV with thermal imaging  use a 3 steps process through which they can create images and films that are based on temperature instead of normal light. The main benefit is obvious. They offer the ability to see in total darkness. Depending on the level of the technology used, some thermal cameras can even be combined with low light cameras and produce very clear night images.

• Capture infrared energy. The first step of any thermal imaging cameras is to capture infrared energy. Human eyes are not able to perceive this type of energy, but using technology it can be captured by cameras. Infrared energy is also known as heat energy. So, these cameras can capture the “colors” created by heat emanation. Doing this will get rid of the main defect that normal cameras have. The inability to film in low light or total darkness. But capturing this energy is not enough.

• Transform it into perceivable colors. The camera must also be able to allocate colors that can be perceived by human eyes to the temperature detected. By doing this, surveillance can reach new levels where light is no longer a mandatory ingredient. The color allocation depends on the camera’s abilities, and the results can vary greatly.

• Create an image based on the colors that resulted. The last step that the camera takes is to create an image based on the temperatures detected. But this last step can be said to be the most difficult one. It also requires the most advanced technology to increase the quality of the images obtained. But the state of art cameras can create color images even in very low light environments.

6 Uses for a Thermal Imaging Camera! 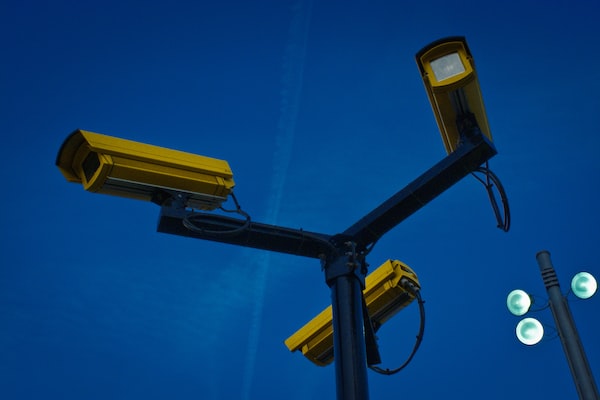 There are many types of applications where a  thermal imaging camera  can be used to get better results. But in 6 of them, these cameras are almost mandatory.

• Maritime security. This type of application requires heat-based surveillance because the weather can create problems for normal cameras. So, not only the night will be a problem, but also fog and mist. Another requirement is the ability to film in a very long range. This is why cooled thermal cameras are the best alternatives for this type of application. You can even make a surveillance combination by using advanced uncooled cameras as well.

• Border security. Very similar in requirements with maritime security because long-distance and unfavorable weather can also become problems in detecting trespassers. But this can also be easily avoided by using cooled cameras that can detect possible trespassers from long distances. Although the terrain is more complicated, there are combinations of top-notch cameras that are not affected by any obstacles.

• Homeland security. Detailed information is mandatory in these applications. So, the image must be as clear as possible and capture as many details as possible. If it can do the same at long distances and low visibility conditions, then it is the perfect camera for homeland security applications. If the distance is not mandatory, then you can use advanced uncooled cameras. Otherwise, you will need to use one of the cooled versions.

• Oil and gas security. To avoid the possibility of drones spying your oil and gas platform, some measures must be taken. This is why thermal cameras in combination with counter UAV can be used to eliminate such problems. Most of the time, uncooled or advanced uncooled cameras are enough, but depending on the circumstances of your station, cooled cameras may be needed.

• Perimeter security. In the most regular cases, like hotels, office buildings, banks, and other such cases, uncooled cameras are enough to ensure that the perimeter is secured day and night without anything missing. But in more important applications like prisons, then you may want and need to use advanced uncooled cameras.

• Portable surveillance. There are many types of surveillance applications that belong to this type. For most of them, uncooled cameras are enough to ensure the best results possible. But if the weather creates problems often, then advanced uncooled cameras may be needed to avoid taking any risks.