Limited Government in the Constitution

JaneEdison
posted on 6 months ago
45
views
News
Writing a new Constitution for a new-born country isn’t easy. But, that’s what our Founders did, while we were still engaged in battle with the British Crown.

Actually, it took two attempts to get to the Constitution. The first attempt was called the “Articles of Confederation”. This document became the “law of the land”, and went into full force on March 1, 1781.

One of the main flaws in the Articles was due to the colonists’ concerns over the possibility that the Federal Government would grow into the same type of authoritarian dictatorship that they were fighting to defeat. Thus, the Articles didn’t begin to give meaningful power to the Federal Government. They took the idea of limited government in the constitution too far.

Almost before it went into effect, another committee was formed, and commissioned to correct the problems with the Articles. The group realized that they couldn’t fix the Articles, so they met in secret to create an entirely new document, our Constitution. Through the “Enumerated Powers”, they limited the powers granted to the Federal Government, and, through the 10th Amendment, gave the States the remaining powers.

These itemized powers authorized the Federal Government to regulate commerce, control immigration and Naturalization, to create and maintain a Military, create a post office and patent systems, and so on. The 10th Amendment delegates any other powers to the individual states or the citizens themselves. While they had limited government in the constitution, they granted enough power to the Federal Government to allow it to perform the necessary functions of a National Government.

The first 10 Amendments, referred to as the “Bill of Rights”. There was an agreement between the Founders and the individual states, that the first order of business after the Constitution went into effect, was to amend the Constitution with the Bill of rights. It’s interesting to note that the Bill incorporates ideas expressed in the Magna Carta, written in 1215! Our Founding Fathers were truly very well-educated individuals.

Our Conservative movement began almost immediately, along with the drafting of our Constitution. The thoughts expressed in our Declaration of Independence clearly describe the foundation of our Nation:
“We hold these truths to be self-evident, that all men are created equal, that they are endowed by their Creator with certain unalienable Rights, that among these are Life, Liberty and the pursuit of Happiness.”

I don’t know how many countries have such a statement in their formation documents, but there are very few countries that attempt to operate by these principles. Before this passage in 1776, most countries had little respect for the individual citizen. In Great Britain, even today, if you drop out of the right womb, you will one day be the King or Queen. If your ancestors happened to be “special”, you would automatically enter the House of Lords and become instantly wealthy. Qualifications or accomplishments were not required. The rest of the population would have to accept whatever what may be available to them.

Our conservative movement was an integral part of our Founding Documents. Conservatives believe that the citizens should have the right to personal property, to practice our religious faith as we choose, a strong national defense, and the right to choose whatever lawful path through life we follow.

The conservative movement opposes unnecessary restrictions on our behavior, whether imposed by government or elements of the private sector. Trade unions, onerous government imposed regulations, and other activities that restrain our lawful rights are strongly opposed.

Because of the rights conveyed, we are a "meritocracy", meaning that people earn rewards based on what they have accomplished. There's no one telling you that you have to be poor, except YOU! All ethnic groups are free to participate, and do. As a result, anyone can be a plumber, carpenter, electrician, engineer, scientist, actor, doctor, lawyer, jock, or even a politician.

Our Country’s economic system is “capitalism”. This means that our Country’s trade and industry are controlled by private owners, rather than the Federal or State Governments. If you are successful, you may amass a vast fortune; on average, anyone who reaches the level of “millionaire” has experienced 7 failures.

Long before our Constitution and other Founding documents were written, we tried “communal living”. In Plymouth Colony, their initial charter in 1620 ordered the colony to operate on a communal living basis. In other words, the farmers were to put their crops into a communal barn, and people could take what they needed. Neat, wasn't it?

After 2.5 years, with everyone starving, they rewrote their charter to abandon communal life in favor of private property, now called “capitalism”. The Colony had mass starvation, food rotted on the ground, and they had the plague. They learned an important lesson as they approached extinction as a Colony.
The lesson learned was this: “Everyone wants to eat, but no one wants to farm”.

We should remember that lesson, and teach that lesson to our young. Let's get rid of politicians who promote such systems today. We know who they are: they're the ones who are promising "free stuff" instead of self-reliance; the ones who have declared economic war on our Nation's most successful individuals and businesses, and so on.

The Commerce Clause in the 20th Century

Some 244 years after our Founding, we have accumulated much excess baggage in our Federal Government. Specifically, laws written by Congress and legal decisions by the Supreme Court, that would have been declared “unconstitutional”, were not rejected. As a result, we have legislation that should never been passed; if our Founders were here today, they would be executing for treason the legislators and judges who have allowed these laws to exist. Thus, the concept of limited government in the constitution has been warped and twisted out of shape.

Today, it is our Republican Party that provides the greatest protection available to the conservative movement. But, realistically, with our two-party system, compromise is often required. Sometimes, the Republicans have to simply “hold their nose” and accept an imperfect solution rather than no solution at all.

Let’s consider a couple of examples, the first one being Department of Health and Human Services. There is no Constitutional authority for the Federal Government to participate in health care. But even more significant is the fact that ANY Federal program raises the costs of whatever private sector activity involved. 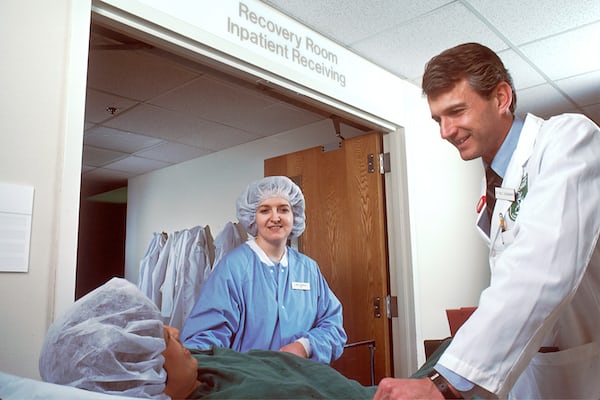 The budget for the Department of Health and Human Services for 2020 is $1,286 TRILLION dollars, and they had 87 thousand employees in 2020, with an estimated payroll of $8.7 BILLION dollars, including salary and benefits. The annual overhead cost for personnel, including office space, infrastructure, and other similar items is 30%. This brings the total cost of HHS to $11.3 BILLION dollars, and that’s assuming that they’re not doing anything.

Think about it this way, if HHS actually did nothing, our healthcare costs would increase by $9 billion dollars. That’s not a good start for limited government in the constitution; it’s actually just the opposite.

Here is the part that should really get ALL American up in arms. HHS has a budget, which means that they can only spend a certain amount of money for patient care. What happens if the costs for the medical care exceed their budget? They have to deny coverage to patients needing care! How do they do that? First, they have a “rule book” that lists the procedures and other care that are covered, and those that are not covered. Many of the “not covered” procedures are affecting the health of our seniors. So, if you’re above a certain age, and your doctor requests coverage for you, they look in the book and simply say “not covered”.

Your doctor will probably “sugar coat” the lack of coverage by telling the patient that “you probably wouldn’t survive the procedure”. This is no comfort, and it’s too late to remember why we wanted limited government in the constitution.

Another “more humane” way to decline coverage is to simply take weeks or months before giving the doctor the approval or rejection. The idea is this, the Federal Government will issue you a death sentence by simply delaying coverage. In recent years, our VA was responsible for the care of our citizens who risked their lives to protect us, and they delayed or denied coverage to satisfy their budget limitations.

As a Nation, a conservative movement approach to health-care would have kept the Government out of health-care entirely. That would have left $1,286 TRILLION Dollars in the private sector to handle health care.

Had we respected the concept of limited government in the constitution, much human needless pain and suffering would have been avoided. Real health care requires a doctor and a patient; the government serves no useful purpose. The private sector can handle the insurance issues, thank you very much.