THE IMMENSELY EFFECTIVE ‘5 WHY’ METHOD TO SOLVE YOUR PROBLEMS 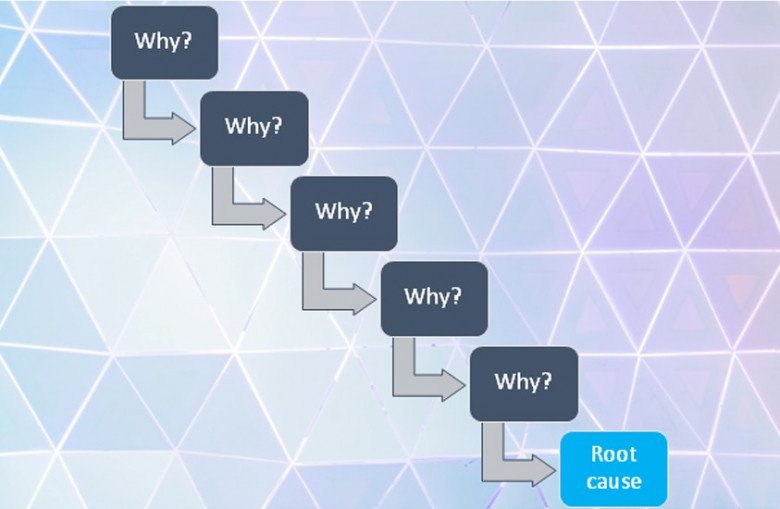 Now, with all the advancements in process engineering, management techniques and of the likes, one of the very famous methods that is used in quality processes is the root cause analysis to identify why a certain problem occurred. This is also known by several other names such as Ishikawa diagram, 5 why method and several more amongst others.

Since Europe and the US led most of the Industrial Revolution of the eighteenth and nineteenth centuries, management per se became a prerogative of the western management gurus. The Americans developed several path-breaking management concepts riding on the popularity of management gurus like Peter Drucker, Steven Covey and the like. However, post the world wars, a destroyed Japan decided to bounce back focusing on industrial development. The Japanese Management concepts were largely based on the Japanese philosophy rooted in Buddhist and Zen thoughts.

The Toyota Production System introduced by Sakichi Toyoda, is an extremely simple yet revolutionary method of problem solving of any scale in the industry. In fact, the entire TPS is based on the idea of continuous improvement through the two pillars of Just in Time and Jidoka (intelligent automation). Toyota executives swear by the method of striving to find faults in products and processes so that they can improve it quickly. Their processes are so designed that there is very little or no scope for fault or defect and hence it becomes imperative for them to find where things go wrong inspite of their best efforts and how quickly they can turn it around. The Toyota executives believe that the best way to gain insights into a problem is by seeing for yourself and not relying on information gained from someone else. This enables the executive to gain first hand information as well as subsidiary inputs from the surroundings.

All problems in industry are looked upon as aberrations which need to be resolved as quickly as possible. But just like ailments in a human body, problems in industry can, most of the times, be symptoms of different causes. Reaching the root cause is the only way to not just fix the problem but to ensure that it never recurs again. The ‘5 why’ method is so designed that it takes a person to the root of any problem in just 5 steps. Read more....